She started taking piano classes at the age of four at the Yamaha Academy of Music in Mexico. She joined Mexico's National Conservatory at the age of 12 as a piano major BM. At the age of 13 she was chosen between all of Yamaha of Mexico's students to join Advanced course Junior Original Concert (JOC). In which she had multiple performances at Sala Ollin Yollistli and Sala Nezahualcoyotl. Her composition "Shinanogawa no Yube" (composed at the age of 13) also toured and was broadcasted on national television 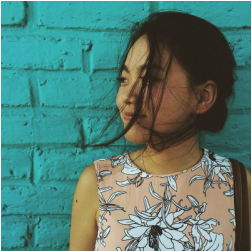 Mayumi has composed and arranged music for clients including the United Nations, the University of Michigan and the Parliament of Canada. Moreover, her works have been performed in venues around the world including Singapore, USA, Mexico, and Japan. Mayumi also served as an unofficial Goodwill Ambassador for the United Nations as a member of the UN Singers 2018 World Season for Peace international tour in China.

After studying in Mexico’s National Conservatory, Mayumi went to study on a merit scholarship to the renowned Interlochen Arts Academy. She received the Fine Arts Award: Outstanding Merit in Music Composition, and graduated with high honors as a Composition Major and Piano principal. In 2017, Mayumi graduated with honors from the University of Michigan as a triple major in Music Composition, Music Theory, and International Studies, with a minor in Marketing and Business administration.
​
In addition to music, Mayumi is passionate about human rights and international affairs. She has worked at the United Nations New York Headquarters Office of the High Commissioner for Human Rights, and in several international civil society organizations fighting to protect the rights of women and children. She served as the keynote speaker for University of Michigan’s Global Scholars Program 2019 Global Engagement Symposium.
Mayumi has found that her human rights passion gave her a new voice in composing as much as composing music gave her a unique voice and philosophy as a human rights advocate. Her orchestra piece Hana o Tobashite (Morton Gould Award 2018), based on her grandmother’s experience as a World War II survivor in Japan, aimed at sharing, and reflecting on her grandmother’s side of the story during the war. It was written as a piece to reflect, to honor, and to grieve for the people that all around the world suffer and are silenced by war.
Powered by